Last week, YouTuber Justin Ashford swapped the original battery in an iPhone XR with one he bought from an electronics market in Shenzhen. Ashford runs a channel called TheArtofRepair, which features videos about repairing electronics. This latest repair video wasn’t just an ordinary battery swap. It was a pointed message to Apple.

The external battery he put into the iPhone XR, Ashford says, was an “original” iPhone battery—meaning, it was the same battery pack you’d find if you cracked open your shiny new 2018 iPhone. But after the swap, when Ashford went into the battery section of the iPhone’s settings, he noticed an alert: “Service.”

Normally, if you tap on the iPhone’s “Battery Health” settings, you’d see a measurement of your battery’s maximum capacity, but that’s it. Ashford’s battery swap had changed the language.

The video caught the eye of iFixit, a computer repair company based in San Luis Obispo, California. Besides repairing stuff, iFixit publishes blog posts that expose the inner workings of gadgets, sometimes to the chagrin of electronics manufacturers. “We were able to replicate it on an iPhone XS running both iOS 12 and the iOS 13 beta,” iFixit writer Craig Lloyd detailed in a post, less than 24 hours after Ashford’s video published. Dig even deeper into the “Service” alert after swapping your battery, Lloyd wrote, and you’ll find an “important battery message” that says Apple is “unable to verify that this iPhone has a genuine Apple battery.”

To the average consumer who decides to take a repair into their own hands, ordering a new battery and swapping it themselves, the “Service” alert is likely little more than another setting to be ignored. In short: It’s likely to still work, unless you’ve purchased a total dud.

But to people like Ashford and the team at iFixit, the “Service” warning represents another shot across the bow in the larger conflict around electronics repairs. The so-called Right to Repair movement, which advocates for laws that allow people to more easily fix the products they own, has gained traction across the US. Meanwhile, electronics makers and industry lobbyists insist that DIY repairs could result in security vulnerabilities, fire hazards, or downright faulty products.

Apple’s battery health measurement tool for iPhone, which shows how well your battery performs as it ages, rolled out with iOS 11.3 in March 2018. The “Service” warning appears only on the newer iPhone XS, iPhone XS Max, and iPhone XR. That means the warnings have been enabled since those phones came out last fall, but most people wouldn’t have noticed until now, since most consumers don’t need to replace their new iPhone batteries within the first year of ownership.

“We did our teardown when the new iPhones came out, but we didn’t put in a different battery at the time, because why would we?” says Kyle Wiens, the cofounder and chief executive of iFixit. “It’s after 12 to 14 months [of usage] that people start to look for battery swaps.”

Ashford and the iFixit team also noted that Apple built a proprietary version of a microcontroller into its battery cells, one that sends information about the battery to the phone’s operating system. This kind of chip is not uncommon in modern smartphone batteries, but as the custom-designed chips within gadgets get better and smarter, there’s concern that these could be used to further lock down the products people own.

On Apple’s own website, the company acknowledges that some degradation is to be expected over time. After all, these are lithium ion batteries. But the section about the “Important Battery Message” that might pop up on your phone is just as vague as the message that appears in the iPhone settings itself. “If you see the message below, it means the battery in your iPhone is unable to be verified. This message applies to iPhone XS, iPhone XS Max, and iPhone XR,” Apple’s support page reads. Following that, Apple suggests contacting an authorized Apple service provider. A link leads to Apple’s official support and repair page.

In a statement provided to WIRED, Apple said it takes the safety of its customers “very seriously” and wants to ensure battery replacements are done properly.1 “Last year we introduced a new feature to notify customers if we were unable to verify that a new, genuine battery was installed by a certified technician following Apple repair processes. This information is there to help protect our customers from damaged, poor quality, or used batteries which can lead to safety or performance issues. This notification does not impact the customer’s ability to use the phone after an unauthorized repair,” the statement read.

Echoing what Apple has confirmed, iFixit’s Wiens says that an iPhone XS, XS Max, or XR will still work just fine with a functioning replacement battery that’s been installed properly, despite the warning in iPhone settings. But he also says that the battery service warning will appear regardless of whether Apple’s diagnostic tools interpret the new battery pack to be an “old” or degraded battery. Case in point: In iFixit’s swaps, a brand new iPhone XS battery replaced with a brand new iPhone XS battery still triggered the vague battery service warning.

Wiens also believes there could be some kind of calibration tool that Apple wields at its own repair desks in Apple Stores and provides to authorized repair shops. In other words, bring your iPhone to the Apple Store to get the battery swapped and you won’t see any language that indicates something’s wrong, because the technicians there can update the phone as needed. Do it on your own, and live with an unending “Service” alert in the Phone’s battery settings.

Lauren Goode is a senior writer at WIRED who covers consumer technology.

It’s these kinds of tools that Wiens says are at the heart of the right to repair. “This is the kind of diagnostics software that Right to Repair is asking for,” he says. “You can’t provide special tools for fixing things in your repair center without also providing it to consumers.” (Apple has not confirmed whether it uses special software to eliminate the “Service” warning on an iPhone at the time the battery is replaced.)

He adds that the even bigger fear among the Right to Repair community is that Apple could use its control over the full stack—its advanced silicon and intelligent software—to effectively shut down products that are tinkered with in a way the company determines to be problematic.

One precedent is Error53, which bricked iPhones after unauthorized repairs back in 2016. Apple had said back then that the technical reason for Error53 to exist was to “prevent a fraudulent TouchID sensor from being used,” which also cuts to the heart of the argument made by OEMs. Electronics makers and the people who speak on their behalf have continued to argue that giving consumers more ability to fix their own products could create a kind of heyday for bad actors.

There’s no indication right now at all that Apple would do something as drastic as Error53 when it comes to unauthorized battery swaps. The question being raised now, though, is whether a simple “Service” message is a small step in that direction.

1Update on August 14, 2019: This article has been updated to include a statement from Apple. 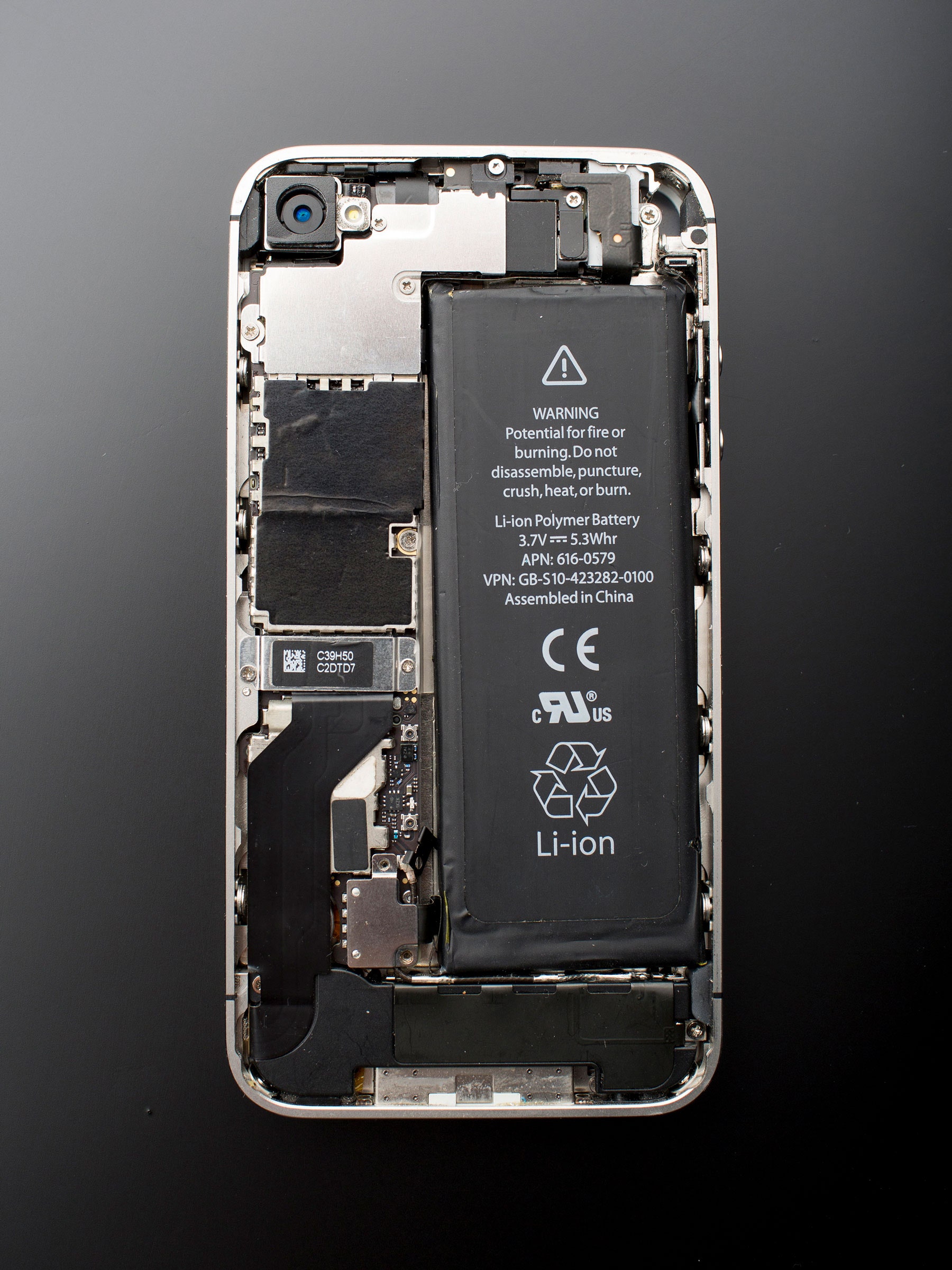