Edward Snowden, arguably the world’s most famous whistleblower, is a man who lived behind plenty of pseudonyms before putting his true name to his truthtelling: When he was first communicating with the journalists who would reveal his top secret NSA leaks, he used the names Citizenfour, Cincinnatus, and Verax—Latin for “truthful” and a knowing allusion to Julian Assange’s old hacker handle Mendax, the teller of lies.

But in his newly published memoir and manifesto, Permanent Record, Snowden describes other handles, albeit long-defunct ones: Shrike the Knight, Corwin the Bard, Belgarion the Smith, squ33ker the precocious kid asking amateur questions about chip compatibility on an early bulletin board service. These were online video game and forum personas, he writes, that as a teenager in the 1990s he’d acquire and jettison like t-shirts, assuming new identities on a whim, often to leave behind mistakes or embarrassing ideas he’d tried out in online conversations. Sometimes, he notes, he’d even use his new identity to attack his prior self, the better to disavow the ignoramus he’d been the week before.

That long-lost internet, Snowden writes, offered its inhabitants a “reset button for your life” that could be pressed every day, at will. And he still pines for it. “To be able to expand your experience, to become a more whole person by being able to try and fail, this is what teaches us who we are and who we want to become,” Snowden tells WIRED in an interview ahead of his book’s publication tomorrow. “This is what’s denied to the rising generation. They’re so ruthlessly and strictly identified in every network they interact with and by which they live. They’re denied the opportunities we had to be forgotten and to have their mistakes forgiven.”

No one has exposed more than Snowden how that individualistic, ephemeral, anonymous internet has ceased to exist. Perhaps it was always a myth. (After all, at least one trove of Snowden’s chatroom musings on everything from guns to sex advice under the pseudonym TheTrueHooha remained online after his rise to notoriety.)

But for the former NSA contractor and many of his generation, that idea of the internet is a foundational myth, enshrined in Neal Stephenson novels and in “The Hacker Manifesto”—both of which Snowden describes reading as a teenager in a mononucleosis haze—and John Perry Barlow’s “Declaration of the Independence of Cyberspace,” which he writes that he holds in his memory next to the preamble to the Constitution. The internet of the ’90s, which Snowden describes as “the most pleasant and successful anarchy I’ve ever seen,” was his community and his education. He even met his future wife on Hotornot.com.

Snowden says documenting that prehistoric digital world and its disappearance was part of what drove him to write Permanent Record, overcoming his own aversion to sharing details of his personal life. And in doing so, he may have also helped the world understand him better than ever before. “This is actually more than a memoir from my perspective,” he says. “The way I got through it was by telling, yes the history of myself as a person, but also the history of a time and a change—in technology, in a system, in the internet, and in American democracy.”

The IT Guy Ascendant

The resulting autobiography is split roughly into thirds: Snowden’s life before joining the world of spies, his whirlwind seven years in the intelligence community, and his experience as a whistleblower and international fugitive. Against all odds, the first of these, a full hundred pages largely describing the very least unique part of Snowden’s life—a hyper-intelligent but relatively unremarkable high school dropout—is not at all a waste of time. 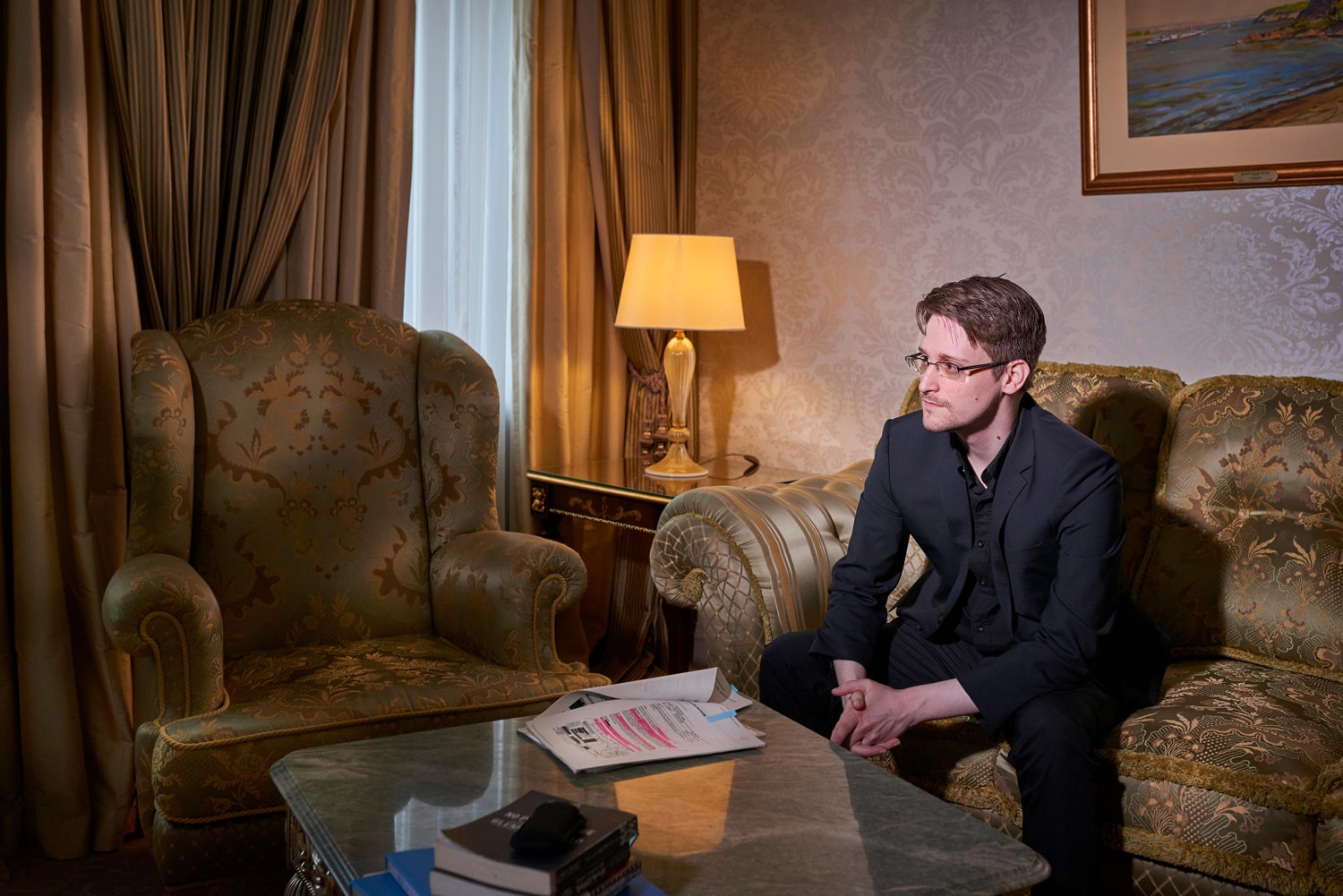