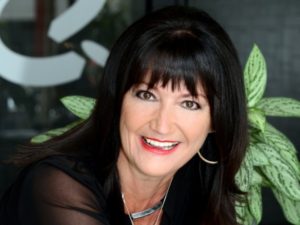 Idealizing and realizing a massive convention such as Comic-Con Africa is no easy undertaking. This task requires a capable. dedicated and massive team working behind-the-scenes to make sure that everything runs as smoothly as possible. IT News Africa’s Kojo Essah was in attendance at Comic-Con Africa 2019 which took place at the Gallagher Convention Centre from 21 September to 24 September 2019. Kojo was able to sit down with Carol Weaving, Managing Director at Reed Exhibitions, to find out how Comic-Con Africa came to be, what it takes running an event like this and what the future holds for Comic-Con Africa.

Comic-Con Africa 2018 was the inaugural event for the convention. What was the thinking behind bringing Comic-Con to Africa?

Comic-Con is a huge global brand, and there are so many South Africans and Africans that are well aware of [this] global brand. We felt it was time to bring [Comic-Con] to the continent. We’ve got so many fans down here. We did a little bit of research and the research was overwhelming, but I think we knew that already, so we said it was time to show the amazing talent from South Africa on to the global stage. It was an easy decision.

Are there any elements of other Comic-Cons, such as San Diego Comic-Con and New York Comic-Con, that inspired Comic-Con Africa?

The Comic-Con brand, globally, is a very strong brand. Obviously, what we do as an organization is we learn from what they’ve done, whether they’ve done it right or they’ve done it wrong, so of course we learn from [best practice], but I think what’s really important about Comic-Con Africa is that it’s got a personality all of its own. It’s really not similar, in some ways, to all the other cons because it has to have that African personality, and we have to make sure we deliver on what the fans locally want, but yes, absolute best practice. We use the global company in terms of getting talent here, especially international comic book artists and authors and of course the celebrities.

Comic-Con Africa 2019 featured some incredible international guests. What was the process of selecting those specific guests, as well as booking them?

We do a lot of research with our fans and ask them who they would like to see. It’s quite interesting because the reality is with international celebrities, [for example] Anthony Mackie was coming last year but right at the last minute, he actually did a little video for us from the airport lounge, there was a big storm [so] he couldn’t get through. Now this year, he literally sent us a video to say he can’t make it because filming got delayed in Budapest. He sent us a video and you could see he was on-set. It is very difficult because we actually booked the tickets, we were really excited to have him, as were the fans, but it is one of those things. There is nothing you can do, it’s nobody’s fault.

At the end of the day, we make sure we have enough talent so if one or two can’t make it, we at least have got it covered and we have a fantastic show. In terms of making the decision, last year we brought Kevin Sussman [from the TV series Big Bang Theory]. Everybody loves Big Bang Theory. This year we got the legend of Comic-Con which is William Shatner, Captain Kirk [of Star Trek fame] and he’s been on stage every day and he’s been doing photographs and autographs for all of our fans and it’s fantastic.

Comic-Con Africa 2018 was a success, but you probably ran into some challenges. What would you say some of these challenges were?

I think as the inaugural event in 2018, we had quite a nice little venue, but sadly it was not big enough. That made us make the decision to move to Gallagher Estate this year so that we could accommodate more of our fans’ favourites. For instance, our Artists Alley this year is three-times as big [as last year’s]. We’ve got a lot more vendors selling amazing figurines, merchandise, all things geek. We’ve got a much bigger stage, we’ve got more content areas, more panel discussions, we’re screening premieres of Abominable. I think it was an easy decision in that we needed more space, more parking, more space for fans to walk through the Artists Alley and just enjoy themselves. Even now, we’re going to have to spread out a little bit more for next year.

So you guys are already planning towards next year’s convention?

Absolutely. We’re going to go into our 3rd year. I think any little gremlins we’ve had in previous years will be ironed out. We learn, obviously, all the time. It is important to us that we really deliver on the fans’ expectations, so absolutely. We’re going to look at obviously spreading the word out, getting more food areas, getting more talent, getting a little more of everything, more people! I mean we’re already overwhelmed but at the end of day 2 [of Comic-Con Africa 2019] we’ve got as many people as we had in the full Comic-Con last year.

Comic-Con Cape Town will take place from 1 May to 3 May 2020 at the Cape Town Stadium in Cape Town, South Africa. How will this event differ from the main Comic-Con Africa convention that takes place in Johannesburg?

Comic-Con Cape Town will have a ‘Cape Town’ personality. Cape Town is fast becoming one of the top film destinations in the world. [Comic-Con] Cape Town is going to have exactly what we have in [Comic-Con Africa that occurs in Johannesburg] in terms of artists and creatives and authors and comic books but we’re going to go a little bit further. We’ve got the big [Cape Town] International Animation Festival running alongside [Comic-Con Cape Town]. We’ve still got the gaming, but it’s more focused on film, celebrities, TV series, and just the film development side [as a whole].